Teams shoot slightly worse and score less in dome-centers than in other venues, but they also play against better defenses. The average defense playing in a standard arena has a full-season opponent field goal percentage (OppFG%) of 40.7% and a points-against average of 63.5 points. This compares to 40.4% and 63.2 in dome-corners and 40.2% and 62.5 in dome-centers (highlighted in red below). 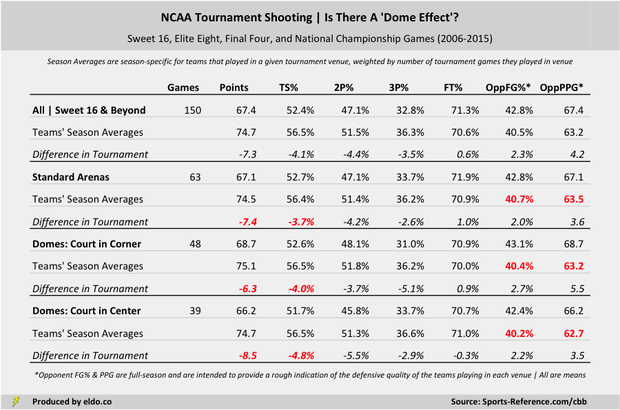 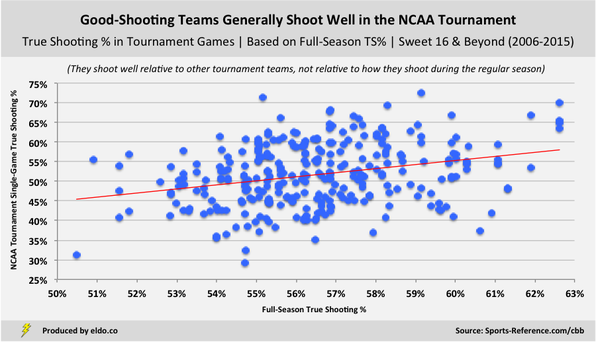 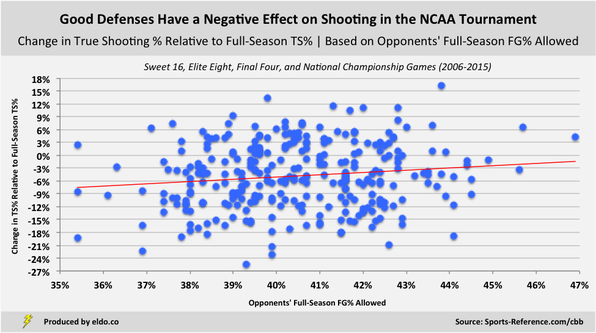 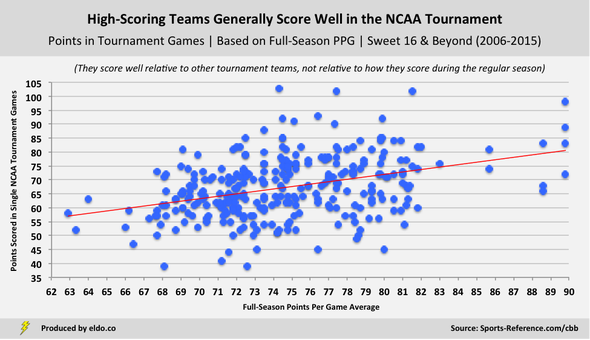 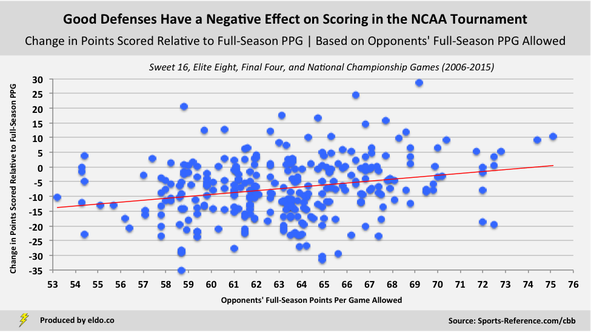 ​Note that while the aforementioned variables and trends are significant, the data is noisy and highly variable around that trend. None of the models I've run explain much of the variance around the trend or offer much in the way of predictive power. They simply indicate that real relationships exist, which is more than can be said of venue type. We've gone down a few rabbit holes, controlled for a bunch of factors, and will keep exploring throughout March Madness, but venue type does not appear to have a statistically significant effect on shooting or scoring in the NCAA tournament.